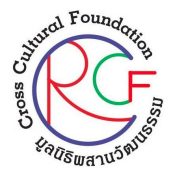 must be immediately released from custody,

It has been reported that Ven. Phra Maha Apichat Punnachantho has been taken from a temple in Ranode District, Songkhla during day time. He was reportedly taken to Sena Narong Military Camp in Hat Yai District, Songkhla on 19 September 2017 and subsequently to the Crime Suppression Division, the Royal Thai Police. He is reportedly being held in custody at the CSD in Bangkok, though it is not very clear about his whereabouts. The Cross Cultural Foundation (CrCF) is therefore concerned about the treatment by the officials in this case based on the following grounds;

The Cross Cultural Foundation (CrCF) and the undersigned organizations and individuals demand the following;

The Cross Cultural Foundation (CrCF) and the undersigned organizations and individuals fervently hope that concerned authorities would make their most careful and well thought out endeavor to put to rest the sensitive problems. We reiterate that only through nonviolence, peace and harmony can be brought to all parties.

Names of individuals and organizations;