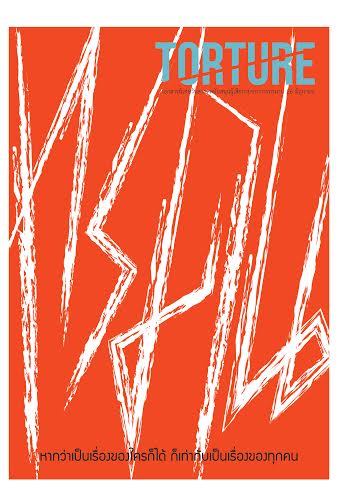 For immediate release on 17 January 2017

Provincial Court of Pattani calls for the first hearing

in the case Mr. Abdulasi Salae’s death after three years of the incidence

His mother, Ms Yaena Saae has filed the civil lawsuit demanding the Royal Thai Police, the Royal Thai Army and the Office of the Prime Minister to pay compensation

No criminal procedure after the  inquest verdict

The trial has stemmed from the case filed on 14 October 2014 with the Administrative Court of Songkhla by Miss Yaena Saae to demand compensation from the Royal Thai Police, the Royal Thai Army and the Office of the Prime Minister, the three agencies in charge of the police and military officials accused of committing a wrongful act causing death of Mr. Abdulasi Salae, her son. The incidence took place on 15 October 2013 when a joint operation of police and military forces have conducted a search and cordon operation in the Kampong Buerangae Village, Thung Yang Daeng District, Pattani. The arrest was made against Mr. Abdulasi Salae who was then taken from his home into the rubber plantation and was allegedly tortured and shot dead by the officials (Ban Na Dam extrajudicial killing case).

The jurisdiction of the Court was contended, though. Eventually, the Adjudication Committee for Power and Duty of Court has decided that the case does not fall under the jurisdiction of the Administrative Court, but under the Court of Justice and the Provincial Court of Pattani shall be the court of jurisdiction. It took three years that the civil lawsuit was then transferred from the Administrative of Songkhla to the Provincial Court of Pattani.

The Provincial Court of Pattani  will start the first hearing on Monday 23 January 2017 at 9.00am in order to prepare for the procedure and hearings of the trial of the Court (accusatorial procedure) which is different from the procedure of the Administrative Court (Inquisitorial procedure).

According to the finding of the post mortem inquest, in the case no. Ch14/ 2557, on 15 October 2013, when the crime took place, Mr. Abdulasi Salae, the deceased was staying in his home with his mother, Miss Yaena Saae after returning from a ceremony in the village. The officials have arrested him and took him for a search of another house. His relatives have been informed later that he had died in the rubber plantation closer to the spot where two other people had been shot death. His relatives were doubtful about the cause of his death and he appeared to sustain a number of wounds on his body. Most importantly, his inquest at the incident was conducted without the presence of his relatives, even though they lived just nearby. And it appeared that there was no medical doctor or expert who was there to examine the body at the crime scene as required by the principle and provision of the law concerning autopsy.

In 2013, a complaint has been submitted to the National Human Rights Commission (NHRC) and the Southern Border Provinces Administrative Center (SBPAC). And according to the findings after the field visit by the SBPAC and an investigation by the NHRC, the information appeared to be consistent with the account and complaint submitted by his mother, Miss Yaena Saae that her son has not died during the exchange of gunfire, but has been arrested, subject to physical assault and shot dead. Meanwhile, the justice department of SBPAC was carrying out the investigation by collecting evidence from witnesses who were government officials including the rangers from the 41st Ranger Regiment, Wang Phaya Military Camp who have been part of the operation team to carry out the search and arrest as well as the extrajudicial killings against the three deceased on that day. Officials from the Office of Police Forensic Science have already conducted a search of the crime scene to collect evidence. But until now, there has been no criminal action against the concerned officials, after over three years past.

All media and interested public are invited to attend the hearing on the date aforementioned. More information about the case can be found at Facebook page: Cross Cultural Foundation (CrCF) or https://voicefromthais.wordpress.com//2016/12/02/คำสั่งชี้ขาดฯ-ให้คดีอยู/